Imagine that if users in a domain have a UPN suffix which is not a public domain, such as @company.local instead of @company.com.  When those users synchronize into Azure AD for EMS, Intune, O365, etc., then the users’ UPNs will be @company.onmicrosoft.com instead of a friendly @company.com UPN for logging into portals or for enrolling devices.

This is an instance that recently occurred for a customer.  There are plenty of PowerShell examples around for how to change the UPN of users in Azure AD.  However, this customer wanted the ability to only change the users that were part of a specific AD group, rather than the entire organization.

The following PowerShell script can do exactly just that.  But please use extreme caution and thoroughly test the script first as well as the impact to those users and the Microsoft cloud technologies which they use.  There are high risks and many possible negative side effects.  Use this script at your own risk.

This entry was posted in Scripting and tagged PowerShell.

1.  Within ADUC, right-click on the domain and select Delegate Control 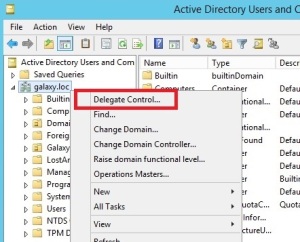 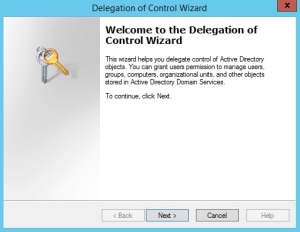 3.  Add the AD service account that will be used 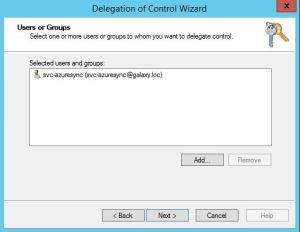 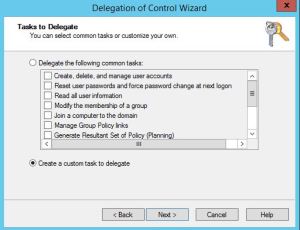 5.  Select to delegate to This folder… 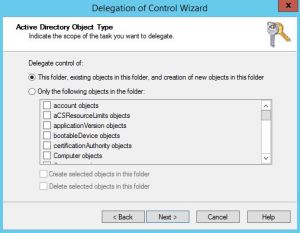 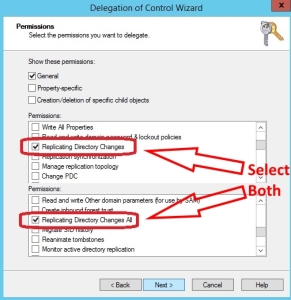 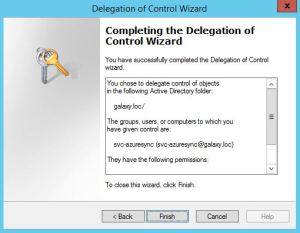 This entry was posted in Azure and tagged Azure AD Sync.

When setting up Azure AD synchronization tools, such as Azure AD Connect, there is the option to specify an on-premise AD user/service account to be used for the local sync authentication.  During the setup wizard, you may encounter the error “Logon failure: the user has not been granted the required logon type at this computer” (image below).

This error occurs may be occurring if you’re installing Azure AD sync tools on a domain controller (DC), and the service account cannot login to the DC.  In most cases, logon rights to DCs are limited to domain administrators.  And if you’re following the best practices for Azure AD sync, then the service account is a low-rights domain user, and not an administrator.

After performing a gpupdate on the domain controller, you’ll be able to click the install button and get on your way!

This entry was posted in Azure and tagged Azure AD Sync.

If you’ve assigned a new user in Azure AD as a global admin, but when logging into https://manage.windowsazure.com/ with that new user, you may receive a message “No Subscriptions Found”. 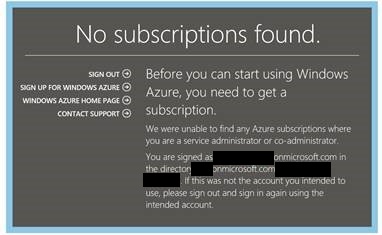 To correct this problem, it’s a matter of adding the user a subscription administrator.  In Azure AD, navigate to Settings > Administrators, then click Add+ at the bottom.

This entry was posted in Azure.

If using standalone AppV 5.0 infrastructure, use the following SQL query against your AppVManagement database to retrieve the list of packages and their corresponding .appv file/path.